SOFTLOFT / Blog  / Magento 1 Support Is Ending. Is It Time For Magento 2 Migration?

Magento 1 Support Is Ending. Is It Time For Magento 2 Migration? 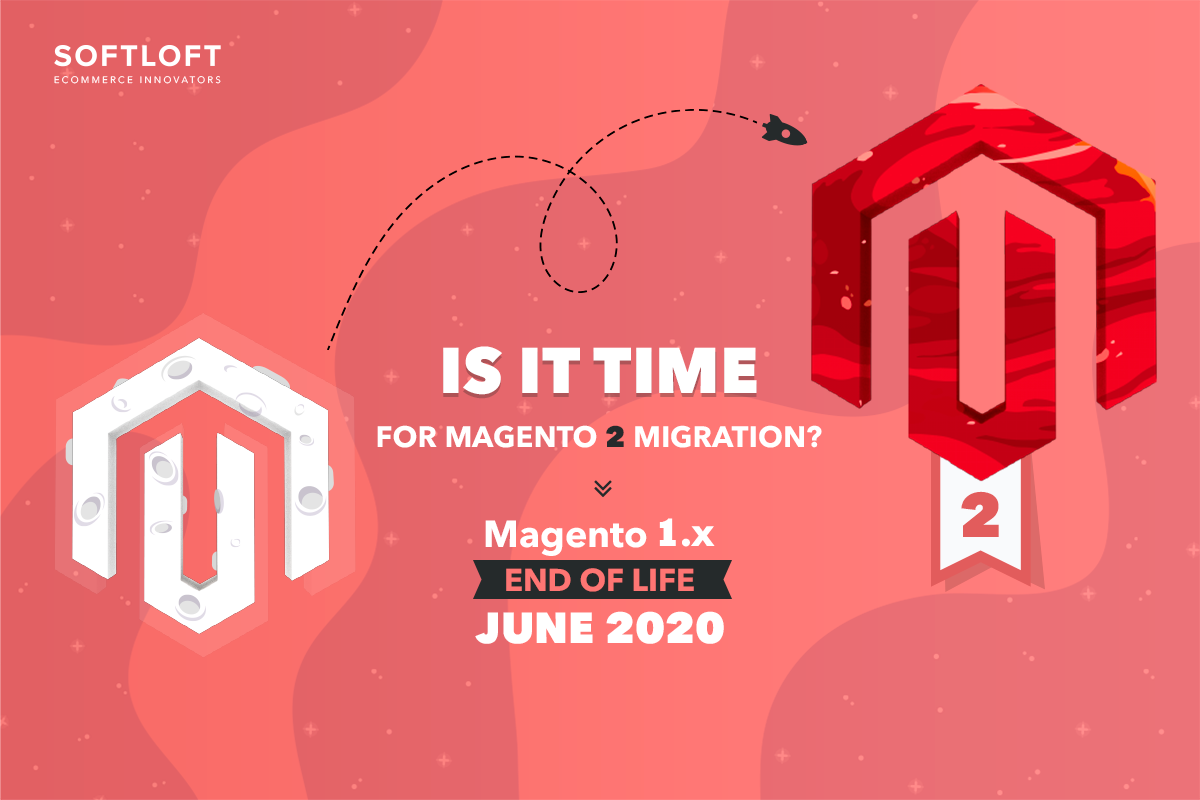 It is estimated that there are over 200,000 Magento 1 websites currently active on the web. Thus, since the announcement of the company ending support for M1 (Magento 1) in June 2020, hundreds of thousands of website owners and administrators have been left wondering what it will mean for their business. Will their websites just go dark, depriving them of all sales and turning customers away? And what can be done about it?

Let us cut to the chase. If you have a Magento 1 website, there is no cause for panic, but plenty of cause for concern. M1 websites will not go dark in June, but neither will they be unaffected by the changes and able to keep safely operating for years. We will get into the risk and repercussions posed by the changes, along with discussing the solution available for businesses using the platform – migration to Magento 2.

Magento 2 is the latest version of this eCommerce platform, which continues the traditions created by M1 while improving upon them. When M1 first became popular, users were blown away by its flexibility and customer-centric focus. But it did have its drawbacks.

When M2 was introduced in 2015, it included several notable improvements, including improved speed and performance, cleaner design, and better accommodations for installing multiple extensions, among other advantages. It certainly took some time for website owners to flock to M2 and the process is ongoing, but the updated platform has already proven itself to be a worthy successor to the prior version.

What does “end of support” mean?

In case you are wondering which edition of Magento you are currently using, this can be checked in a matter of seconds at Magentoversion, as demonstrated in the image example: 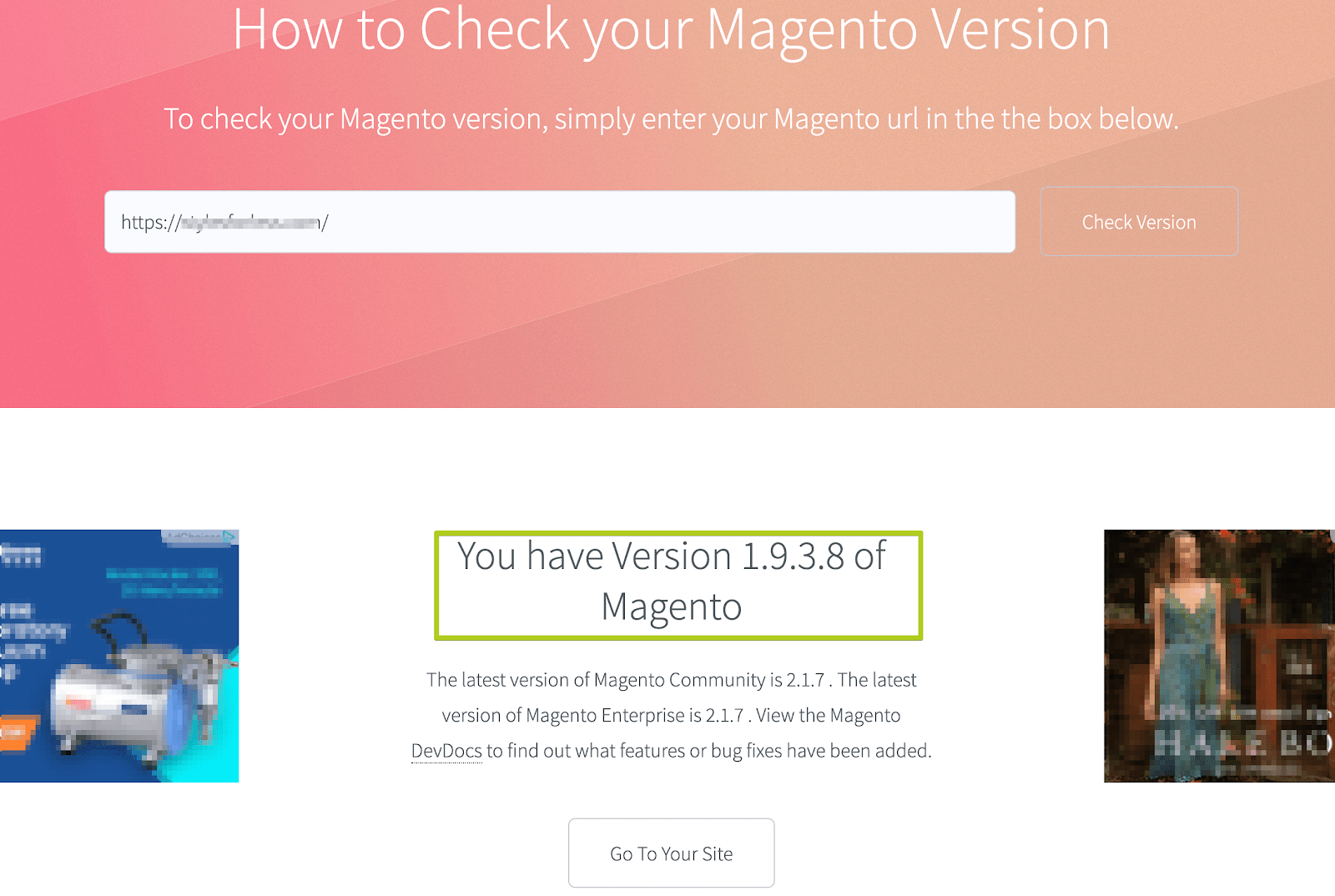 How will this affect my business?

While M1’s end of life will not have an immediate effect on the moment of discontinuation, there are far-reaching long-term effects after June to keep in mind if you don’t upgrade to Magento 2.

Throughout M1’s lifespan, its creators have rolled out countless security patches that eliminated vulnerabilities discovered by developers. After June, M1 sites will be at the mercy of any hackers that find new vulnerabilities in M1 or its active extensions/themes/plugins. At the very least, such security incidents may cause certain parts or elements of your website to stop working. In worse scenarios, your website may be hijacked for malicious purposes or data from it stolen.
Just imagine the reaction of your customers if they learn that their data has been stolen or your store has infected their computer. You would lose all credibility and the client base that goes with it. To top it off, there will be a significantly increased risk of your client base being stolen by competitors or malicious hackers. Such security breaches often lead to lawsuits, investigations, and other activities that are very harmful to a business.

As M1 sites begin disappearing from the web and being replaced by M2, maintenance of the former category will become increasingly burdensome. This is due to the fact that the decline of support will stem not only from the platform heads, but also from developers. It will become much trickier (and impossible in some cases) to apply major changes or add new functionality to M1 sites, while there will be fewer and fewer developers every month willing to work with M1. Instead, they will be shifting their focus to M2.

Staying with M1 past its end date will make it very difficult for you to update your site design without updating the platform version. This is due to the fact that companies providing third-party themes have already started transitioning to M2. After support ends, no new themes for M1 will be released on the marketplace, and it may be difficult to fix issues with existing themes with theme-builders dropping support and no new quality patches being released.

For an eCommerce site in need of a major design overhaul, these restrictions can be disastrous, with clients flocking to newer and better-looking sites while your sales and traffic drop.

The issue with extensions is quite similar to the one with themes – no new releases will take place after June. Thus, if you decide to keep using M1 and make major changes to the site, you will not be able to find a new version of the affected extensions, and correspondingly, will need to audit and fix them yourself, if it will even be possible.

On a broader scale, malfunctioning extensions will demonstrate to clients that your service is broken, and even those that do not notice it may not be able to place their orders successfully. Ultimately, you will be left with a broken website and a lack of customers.

This is a psychological factor, but it plays a substantial role in the way customers choose their provider. As M2 stores become prevalent, M1 will just seem slower and less convenient. Similarly, as fewer active M1 developers are left, maintenance of M1 sites will become more complicated. Most visitors to your site will not check which version of the platform you are using, but will feel the difference between it and others that have already undergone Magento 1 to Magento 2 migration. They will bet on the fastest horse, with the horse being M2 stores.

How do I migrate Magento 1 to Magento 2?

Unfortunately, Magento 1 to 2 Migration is nothing like updating an extension in your web browser – it cannot be done with a few clicks. The process of migration requires meticulous planning and analysis of existing configurations. To name just a few steps, it will require backing up your site, cloning it, migrating data, as well as auditing and optimizing it to work with desired extensions/themes.

This migration is typically performed in several stages:

It is certainly possible to learn about the migration process and attempt it alone, but there are a lot of hidden dangers and complexities. In contrast, hiring Magento 2 migration service professionals to handle the process for you should be painless and hassle-free.

Over the 12+ years that we have been involved in this market, SOFTLOFT has helped numerous companies migrate Magento 1 to 2, and will be pleased to do the same for you. Our vast team of Magento experts carries broad experience that applies to all key operations with this platform, from development to migration, optimization, and audit. It will be our honor to push your online store one step into the future, and to do it right, with no loss of functionality or performance. If you request an analysis of your website by our specialists, you can count on a thorough audit that will clarify how much time it will take to migrate your store and how much it will cost. Magento Website Audit: Everything You Need To Know
THERE’S MORE TO READ.