SOFTLOFT / Blog  / How to Select the Best Fit Your Project among In-house Team, Remote Team, and Dedicated Team

How to Select the Best Fit Your Project among In-house Team, Remote Team, and Dedicated Team

The next thing after you have your specs done and briefs written, is to engage the team to develop your project. Is one developer enough for it? Are you able to hire and pay for the entire team for a long time? Is your project large enough to include complicated features? If you answered No, Yes, and Yes, you will probably benefit from hiring dedicated developers from SOFTLOFT. If your answers are different, this article is going to help you to decide what is better for you: in-house vs remote vs dedicated team development.

For example, it is quick to start using the software app that is being developed by colleagues as soon as it looks more appealing and is tailored to meet the individual needs of the company. Therefore, having an in-house development team is an excellent choice for large companies, such as Amazon and Salesforce.

The development team that works within the conditions of the in-house development shares the company conduct code, ethical values, and organizational culture. This means that there is no need for additional team building and conduct code explanations, often no need for the NDA as soon as the one has already been signed and in place.

Moreover, the in-house team knows all the peculiarities of the work in the company, and the team is precisely aware of how the company runs, including payouts, compensations, and bonuses, etc. This means that with the in-house development the work organization is easy.

For the development team, it is also easier to work because they have open and direct lines of communication with management. All the issues might be solved in minutes because the developers are within reach. The same applies to solving tasks and fixing bugs: no need for teleconferencing as soon as the team works in one office and/or in one timezone. Working in-house is the most convenient for developers because communications are real quick and effective.

Of course, there are some downsides to the in-house development, and the biggest one is the cost. It is expensive to keep developers on staff. Besides paying the wages and bonuses, software licenses and hardware need to be paid. In addition, having developers on staff often means higher spending on enrollment and engagement, retaining the employees, and difficulties acquiring talents. 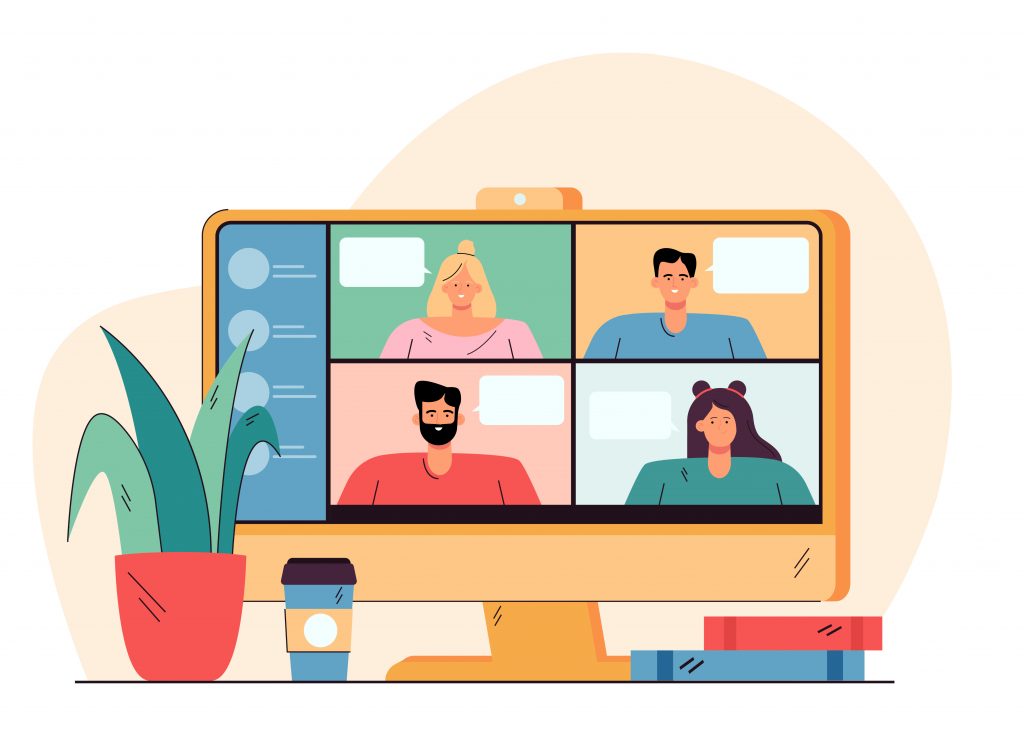 A type of IT outsourcing that implies hiring a dedicated team or individual developers to create a team and complete the project, usually for a fixed price is named the remote development team model. The hired team consists of developers with a wide array of experiences that are necessary to complete the development of the project for an affordable price.

For the most beneficial use of the remote development team contract, a customer should have a clear vision of the project. Ideally, the vision of the project is developed with milestones, and the customers know the amount of financial investment the company is ready to make.

It is easier to engage and retain employees as soon as they work from home. There is no need for people to relocate to become a part of the team, and it is a huge advantage. Thanks to the ability to work from home, remote teams work effectively. This might not be the regular eight-hour workday but developers are used to working faster when the distractions are minimized and they might shape their working hours themselves.

Another big advantage is saving money. There is no need to rent the office and provide hardware for developers to work with. Such costs as office furniture, electricity and Internet bills are cut to almost zero. In addition, it is easier to hire a professional, whose expected salary is going to meet your allocated funds with no need to compromise with the skills. It is just the pool of candidates is larger with remote work and no need to relocate.

Finally, with a remote development team model, you show your trust in employees. While the majority of developers hate the attempts to control their work hours, you might show respect and trust by allowing developers to work their hours when they want and where they want. At this point, even time difference might be seen as the advantage as soon as you might have the development process run non-stop with developers coding in different time zones.

It goes without saying, the remote development team model has got its disadvantages, and the biggest one is communication and control. It is much more difficult to manage a geographically distributed team than the one working in the office. It is harder to develop the skills and establish cooperation between team members so that the team shines and the project develops excellently.

Another disadvantage that is important is cultural differences between specialists living in different countries and thus in different cultures. Sometimes, the comment that is okay to make for a person of Indian culture might be offensive for the person of British culture.

All of this makes the intercultural gap important to deal with to help the developers to get along in a team. As humans, we need to exchange experiences to understand the cultures of each other, but it is not always possible. Therefore, the manager in charge of the project might have a hard time adjusting the cooperation of its members.

Finally, for the remote development team, the risks associated with delays and project failure are higher than that of the inhouse developers whose risk to fail the project nears zero. When it comes to remote development, the developers are not that much engaged with the project, and the delays might happen if the communication is not going smoothly. Also, there is always a risk that developers might switch to the better-paid urgent project and yours might be delayed significantly. 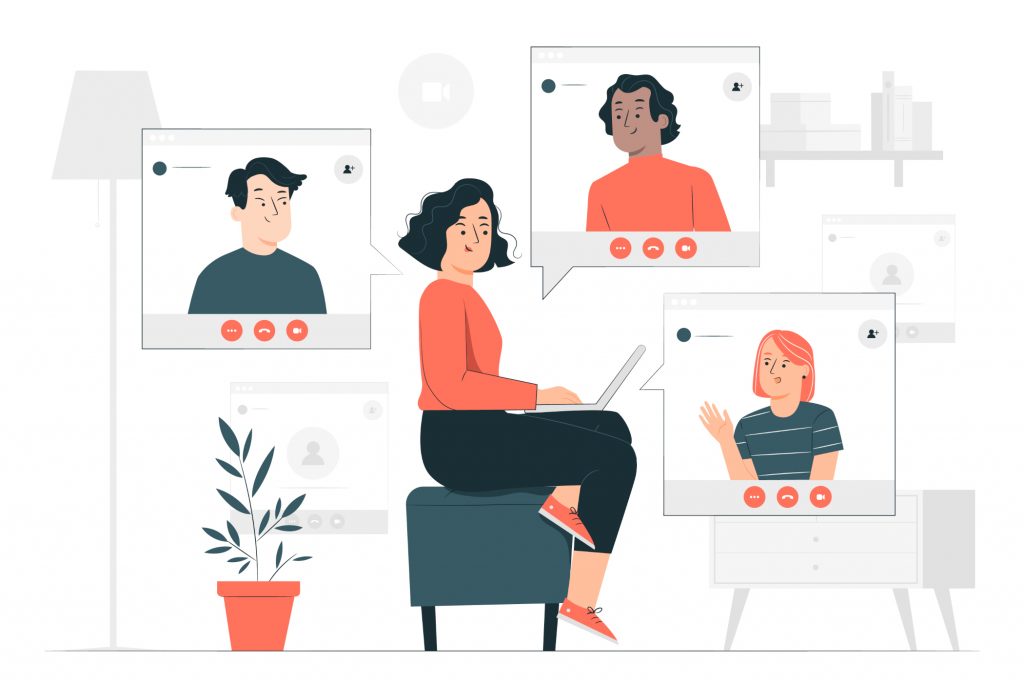 This is a great development model when it comes to large & long-term business projects. Practically, you do not need to build a team out of professionals, they are already a team used to cooperate with each other. This model is a great choice to develop large projects when the scope of the project is established and the goals of the project are clear.

Advantages of the Dedicated Team Model

When a dedicated team needs to be hired, the developers are going to work as a team of experts full-time, which means you might manage them independently or as a part of your business goals. Such a team might develop a single project or work with the company to augment the staff. When contracting dedicated teams, it is possible to extend the team or shrink it, train the employees to do something specific, or to outsource the part of the job to do.

A dedicated team usually has well-developed cooperation skill and can be used to achieve long-term goals. With a dedicated team, it is possible to transfer knowledge and talents. With a dedicated team contract model, you will not need to apply too much of the management effort as soon as the team has already been working together. Also, this development model allows saving on electricity and Internet bills, healthcare insurance, free-time benefits, and meal expenses for the team.

Still, a culture gap exists separating the customer and the dedicated team. Also, the team might not share the strategic values of the customer or might misunderstand the mission or the vision of the hiring company. Anyway, this is relatively easy to fix as soon as the manager works on the client’s side.

A dedicated team development model is not the right choice for small projects. Smaller projects are easier to do for a fixed price, with no need to choose, hire, and introduce the entire team. Sometimes, it is easier to have the project developed with a number of milestones and a detailed project map.

Inhouse vs Remote vs Dedicated Team

In-house Team is great for:

Remote Team is great for:

A dedicated Team is great for:

Inhouse development is a great solution for large companies when the excellent result is crucial and when the companies can afford to have developers on staff. At this point, the remote development team model is cheaper and fixed price but riskier.

It is possible to minimize the risks of delay and failure when working with a dedicated team of developers contracted through an agency, such as SOFTLOFT. In this case, the agency controls the work and behaviors of developers, which minimizes the risk of failures and delays while saving funds compared to the in-house development team. How to Hire Magento Developers
THERE’S MORE TO READ.