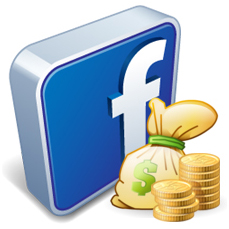 After two years of Facebook’s acquisition of WhatsApp, the messenger announced the change to its terms of service policy. WhatsApp users, speak by the reaction, took such news negatively and began to worry about the confidentiality of their data. Henceforth, WhatsApp will share user information with Facebook’s owned services. Such changes will allow Facebook to generate income with the messenger.

When Facebook bought WhatsApp, Zuckerberg confirmed that the personal data would never be disclosed or shared with third parties without the user’s consent. WhatsApp has also assured that all messages will continue to be fully encrypted. Facebook agreed to buy WhatsApp for colossal $19 billion in 2014, and it was naive to assume that Facebook wouldn’t pay back the money with interest. Predictably, WhatsApp co-founder Jan Koum was trying to allay people’s fears. He assured that the data is still not available for Facebook and WhatsApp staff.

Initially, Koum wanted to monetize the service through a $1 per year charge per user just to put users out from annoying advertisements. But Zuckerberg has another plan. The WhatsApp notification says that users have up to 30 days to abandon the new conditions. Otherwise, Facebook will have the access to phone numbers and metadata such as call list, chat list and contact list. Zuckerberg will be able to use them to target the advertisement. In contrast to SMS services, WhatsApp is much cheaper delivery platform for sending messages and receipts pertaining to e-commerce purchases, banking transactions, and online marketing.

Сlash of the titans is reflected on real users whose personal data is stored, analyzed, processed and sold to third parties without consent. In turn, the same users demand perfect platform for storing and sharing their information. And these services are provided by such huge companies as Google, Facebook and Microsoft, albeit with the risk of privacy. Moreover, Google gets nearly four times more revenue from advertising, compared with Facebook. Primarily due to the success of Adwords and Youtube. However, Google Plus and Hangouts could not overtake Facebook and Messenger.

The plan to monetize WhatsApp on Facebook has been excellently proven. Facebook offers even more relevant product, it will help users to “communicate with the business.” It looks like Google has already regretted the missed opportunity to acquire WhatsApp. Why your site is not converting your website visitor into your buyer
THERE’S MORE TO READ.